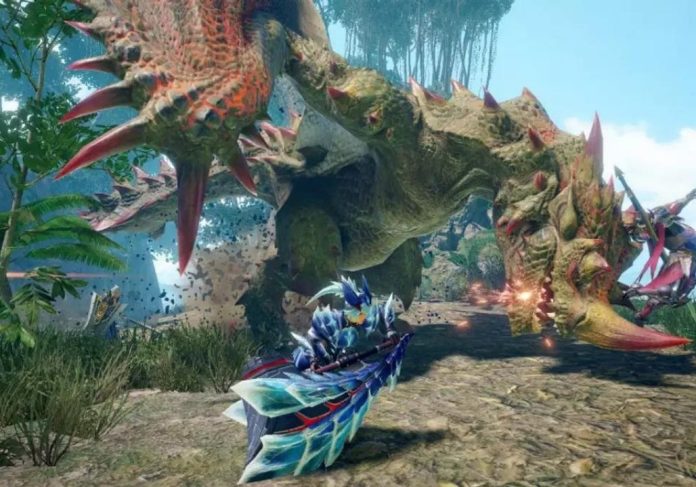 Sunbreak expansion improves switch skills by providing each weapon with more skills, while also introducing the ability to change switch skills during a fight via switch skill swap.

Let’s take a look at five of the best switch skills added to the game in the Sunbreak DLC.

Although the Bow is one of Monster Hunter’s primary ranged weapons, it has never possessed a strong melee attack. Since arrows can’t do any serious damage, this technique has gained some additional value throughout time, but it was still mostly employed to sometimes chop off tails.

Players may switch up this approach for a far more effective one by using stake thrust. Stake thrust embeds a stake in a monster that can be struck to cause more damage than slashing with an arrow.

Despite being a series known for its enormous swords and innovative melee weapons, some of Monster Hunter’s most effective tactics include its ranged weaponry. The Heavy Bowgun had access to the siege mode in earlier games, which required it to stay immobile in return for absurd fire rates. Sunbreak restores this power in the form of crouching fire, which was absent from World and Rise.

The Heavy Bowgun may increase its shooting rate while giving up mobility via crouching fire. The only modification to this is the installation of a heat gauge, which will penalise players for abusing the power excessively.

Although it has lost a little of its original power, the ability will undoubtedly be responsible for several quick kills. The move may be more difficult for novice Monster Hunters to utilise successfully due to the technique’s high danger.

Surge slash pays tribute to the vintage Monster Hunter playstyle by replacing the greatsword’s initial charge with a succession of quick, weaker blows. This boosts the efficiency of elemental damage and status effects on a weapon that previously couldn’t employ them with much effectiveness as well as providing players with the option for more mobility with a somewhat sluggish weapon. Additionally, it might still result in more powerful charged attacks.

Also read: How to get Meldspar ore in Monster Hunter Rise: Sunbreak

Monster Hunter’s top aerial-focused weapon is the insect glaive. It was the only weapon that could properly survive in the air, even after Rise granted every weapon more aerial prowess via the wirebugs. However, gathering the kinsect extracts to unleash the weapon’s actual power has always required a certain amount of downtime.

Kinsect slash eliminates the need for any kind of downtime, much to the delight of Insect Glaive players. It takes the place of the weapon’s greatest means of maintaining flight while still providing some more air time. The ability to gather extracts while attacking in the air is its most significant benefit.

In Monster Hunter World, a new move called the wyrmstake cannon was introduced to Gunlance’s repertoire. Users of the weapon will be delighted to have the opportunity to switch it out for an exploding cannon in such a case. This new action is substantially quicker, combines more of the weapon’s moves, and boosts melee damage momentarily.

Wyrmstake still has some use, but erupting cannon often replaces it and substantially speeds up a weapon that was asking for additional speed to keep up with Sunbreak’s far more powerful creatures.