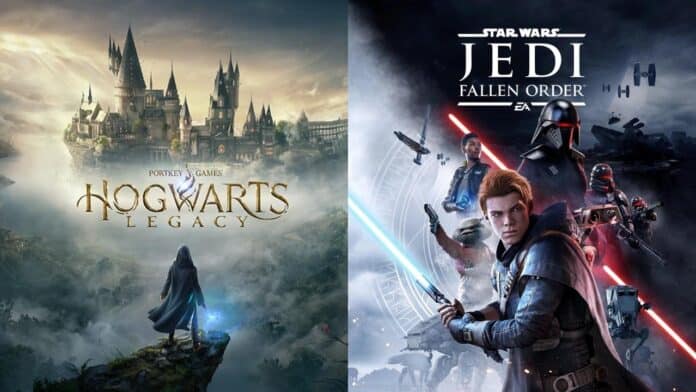 Both the unidentified protagonist in Hogwarts Legacy and Cal Kestis from Star Wars Jedi: Fallen Order have traits that suggest that their respective stories may be related to one another.

Hogwarts Legacy takes place at Hogwarts School of Witchcraft and Wizardry in the 1800s, whereas Star Wars Jedi: Fallen Order takes place recently after the Jedi Purge from the perspective of a lone Padawan.

The gameplay trailer for Hogwarts Legacy depicts this as any non-wand-required magical interactions the main character has, such as touching a mirror next to Professor Eleazar Fig to transform it into a stone wall.

When it comes to Star Wars: Fallen Order, Cal Kestis may serve as the franchise’s protagonist for as many episodes as Respawn wishes to create because he is a named protagonist with written lines and a set character model.

This is where the main difference between the two characters is noticed. Whilst Cal is a pre-designed character, the protagonist of Hogwarts Legacy is a player avatar and not a definitive character.

While Cal and the lead character in Hogwarts Legacy have many things in common as fresh and original protagonists in their respective games, they also have some significant differences in terms of what their franchises might be able to accomplish with them at the helm.