NewsHorizon: Call of the Mountain revealed by Sony

Horizon: Call of the Mountain revealed by Sony 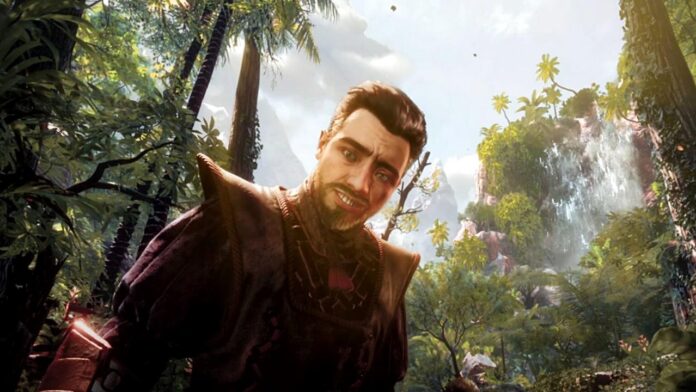 Sony has revealed gameplay for Horizon: Call of the Mountain, as part of the PlayStation VR2 gameplay reveal a section of the June State of Play.

The teaser gave fans a sneak peek at what to anticipate from the Horizon VR tie-in game and the PlayStation VR2 experience.

The story revolves around Ryas, a former Shadow Carja warrior who was imprisoned and has been charged with investigating a mechanical danger to the Carja.

Ryas was picked because of his climbing and archery abilities, and completing this task will earn him atonement in the Sundom’s ways.

The gameplay features climbing, swimming, and machine combat with small machines like the Watcher, flying machines, and the renowned Thunderjaw.

The clip was shot on PlayStation 5 hardware and the stunning visuals that Guerrilla Games is known for shine through, even though the genuine VR experience may render this teaser obsolete once the device is released.

The trailer offers no indication of when this event takes place in the Horizon plot. The participation of a captured Shadow Carja warrior appears to place it within a few years of the main event at first look.

River Rides, a separate portion of the game, will provide a unique experience of travelling along the river while admiring the landscape and machinery.

Horizon: Call of the Mountain has been built up to be a fundamental experience for PlayStation VR2 launch games. It is currently still in development, however, fans cannot wait to get their hands on this visually stunning and plot-driven game.