The best unpopular strikers in FIFA 22 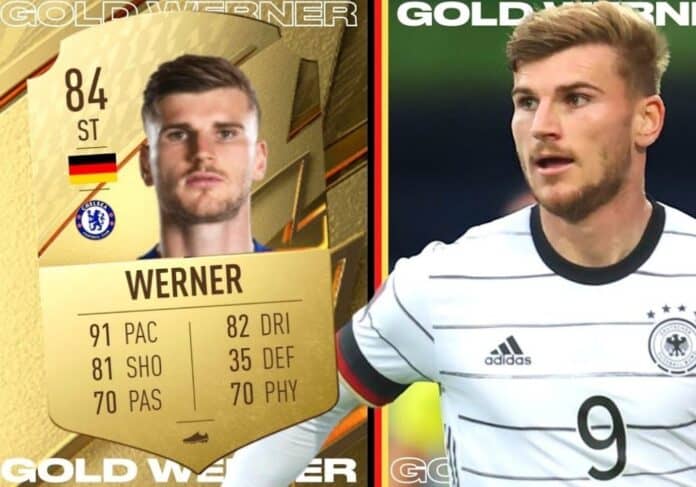 Ever since its release, FIFA 22 has had a particular set of strikers who can be absolutely devastating on the ball. However, almost all of the players on this list are triple-A-rated and cost a fortune.

Thankfully, there are three players who are significantly cheaper and can be equally devastating not just in front of the goal, but even with their ability to create plays and press high up the pitch.

Let’s take a look at who they are and what makes them so deadly.

Jamie Vardy is known for his immensely aggressive attacking nature and it’s no doubt that this results in some of the most insane goals one can score on FIFA 22.

His key strengths are his pace, and ability to run with the ball past defenders and score with either his left or right foot. He does have a few setbacks, chief of which is his average stats at playmaking and the other being the difficulty to skill move past defenders.

Overall, Vardy is an out and out striker and is most suited for a counter-attacking or high pressing type of play. If the team is built well, he can be used to score a hoard of goals.

Martinez is probably the most underrated striker in the entire game. He possesses a blistering pace both on and off the ball, a dead-eyed aim when it comes to shooting, and an amazing ability to dribble past any number of opponents.

To top it all off, he can be used in pretty much any kind of play style, be it build-up play, counter-attacking, or a pressing style of play. The only flaw with him is his not-so-great penalty-taking ability.

Timo Werner is considered the classic counter-attacking striker, but he is a lot more versatile now. He can light up any game with his natural pace but at the same time, he has the ability to provide great deliveries to wingers when required.

He can cleanly strike the ball from outside the ball and with his shot power it will most likely end up at the back of the goal. In addition to this, he is clinical with his penalties.

The only style of play that cannot use Timo Werner to his fullest is a possession type of play which requires Werner to try to regain possession once lost, the only attribute he does not excel in.