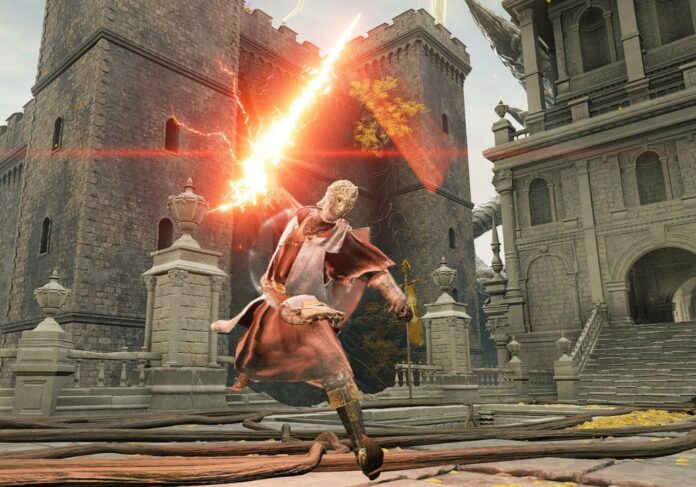 These strong, overpowered(OP) builds will make travelling and combating in Elden Ring seem like a stroll in the park.

Let’s take a look at the most OP builds a player can use in Elden Ring to cheese the game. The rankings are made after the latest update.

Who says melee builds can’t be OP in Elden Ring? This build uses several bonuses before charging the opposition, leaping, and then performing a powerful jump strike.

The weapon of choice is generally the Dual Giant-Crusher or any colossal weapon. The armour can be literally anything as long as the player doesn’t fat roll. The stats should focus on strength, vigor, endurance and faith.

Faith or Mind is required in order to use buffs such as Golden vow and other resistance granting spells.

For this wizard, a Kamehameha wave of Comet Azur will take out an opponent in one blow. Players can use the Terra Magicus to buff up, the Physick Flask, and then unleash an infinite beam of magic that lasts for eight seconds and can be used to completely reduce a boss’ health.

The weapon of choice is either the Carian Regal Scepter or Lusat’s Glintstone Staff. The stats should focus on mind, intelligence, vigor and endurance.

Also read: How to max out all stats in Elden Ring

This is a build that can be effective early on and get much better later on. The Winged Scythe’s weapon skill does Holy damage and has an exceptional range. It is probably the best starter weapon in the game.

Later on, players can switch the Godslayer’s Greatsword for the Winged Scythe, which likewise makes use of the cracked weapon skill. The stats that should be focused on are faith, mind, dexterity, vigor and endurance.

Lightning incantations are the name of the game for this build. Players can equip a sword that does blood damage along with their main weapon, which is either the Erdtree seal or Gravel stone seal.

The dragon lightning skills are certified boss killers. The main stats that should be focused on are faith, mind, vigor, endurance and dexterity.

The changes included in version 1.03 have made bleed not just a workable technique but also a very broken one.

It made Mohgwyn’s Sacred Spear a touch too potent, allowing players to progressively deliver more than 10,000 points of damage by abusing the Bloodboon Ritual weapon skill, which is often enough to defeat monsters while consuming less than a full bar of FP.

The fact that Mohg’s spear is a thrusting weapon and can be used in tandem with a shield makes it even stronger. Meanwhile, Rivers of Blood and Elonora’s Poleblade may be employed for minor fights and are both effective due to correct Arcane scaling.

Although bleed damage works on most enemies, there are some who are resistant. So players must have a backup for such enemies.