OpinionX-Plane or MSFS? Which is the best flight simulator in 2022?

X-Plane or MSFS? Which is the best flight simulator in 2022? 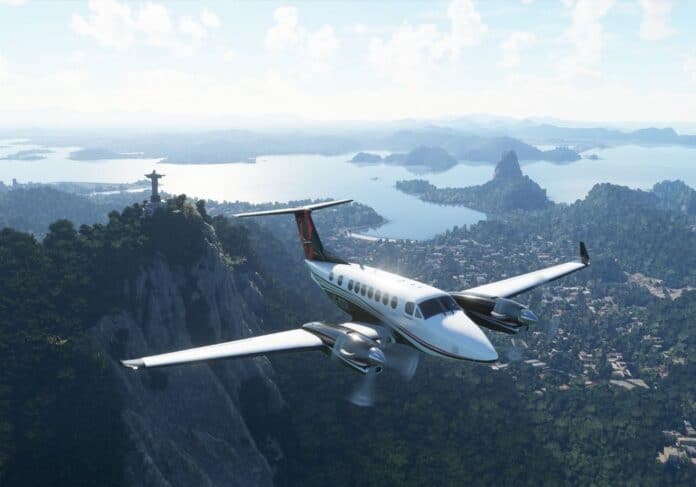 X-plane 11 was released in the year 2016, while its main rival Microsoft Flight Simulator recently came out in the year 2020. Let’s take a look at the key features of the two in order to establish which one is better.

X-Plane and Microsoft Flight Simulator (MSFS) are the two most popular flight simulators on the market. The former is compatible with Windows, Linux and macOS, while the latter is a Windows exclusive. In this comparison, we will compare the key features that every passionate aviator will expect to see in their flight simulator.

The three main features that will be compared are the realism of the flight models (including flight mechanics and aircraft systems), visuals, and the availability of add-ons.

The most important aspect when it comes to flight simming is flight modelling, that is, the flight mechanic design and the aircraft system design.

The default aircraft in MSFS have very sensitive flight controls which can be controlled to some extent by introducing a negative reaction curve to the joystick inputs, however, this only manages the problem and does not eliminate it. This sensitivity problem extends even into the add-on aircraft, making the overall flying experience far from ideal.

The MSFS general aviation planes have good system fidelities while the jets and other aircraft have the majority of the main systems missing.

On the other hand, the X-plane’s default modelling is quite unpredictable. Some default aircraft such as the Cessna-172 are modelled to almost a study level extent, whilst others such as the 737 are missing several key aircraft systems and the flight physics are average at best.

The two teams that have improved the most popular aircraft on MSFS and X-plane respectively have demonstrated to what extent the software can be pushed, and boy do they perform beautifully.

Overall, X-Plane takes the win in this category as, the way the driver code is written, add-on developers can design their own flight mechanics and systems without relying on any of the default systems. It is possible to achieve this in MSFS, but the entire modelling has to be re-done due to the significant changes to the code after every major game update.

Also read: Metroid 64 will reportedly be coming to PC

MSFS takes the win by quite some margin in this category. It simply looks spectacular, with stunning ray-tracing effects, shadow modelling, insane weather graphics, and immensely detailed modelling of the terrain.

X-plane can be cut some slack as it came out in 2016, but nonetheless, as compared to MSFS, there is no comparison. However, several add-ons do exist that make the game look much better. Add-ons will be discussed later in this list.

This is the category in which MSFS gets completely outclassed by X-Plane 11, which has probably the largest add-on community for any game. One can find anything and everything on this community website (X-Plane org) from sceneries, airports, weather, extra airport features, utility tools, and many more.

The default X-Plane admittedly looks very dreary compared to MSFS, but after applying some free add-ons, it can be made to look sensational. It especially looks gorgeous during the night time. There are just so many things that can be obtained for free that improve the immersion and realism of the game.

And last, but not least, the number of add-on aircrafts available for X-plane is absolutely ridiculous. No, they are not free, however, from small general aviation aircraft to airliners to military aircraft, you name it, there will be a study-level aircraft available in the X-plane store.

Yes, MSFS has several amazing add-on aircraft options as well, but the options are simply not as broad as the ones on X-plane. Not to mention the lack of any free airports, ground handling and other airport services.

Overall, X-Plane is still the best study-level flight simulator on the market. MSFS is gorgeous and probably better for VFR flying, but X-Plane 11 has much a more in-depth system design. With X-Plane 12 coming out later this year, MSFS will really be put to the test.